The feelings of freedom, independence and adventurous spirit that camper travelling gives are incomparable. That’s why many showbiz stars are in love with the voyages and go around the world with their luxury homes on wheels. Take a look at their campers and you will share their passion for travelling. And even if you do not have such modern motorhomes, for sure, you have enough of our reliable and practical propane bottles for caravans. 🙂 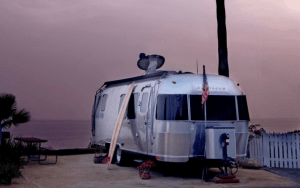 The American actor and screenwriter, winner of many awards, including an Oscar and Golden Globe, is in love with the life on the road. Matthew McConaughey lives in a caravan on the Pacific Ocean, in Malibu, wishing to surf and travel in hard-to-reach places around the world. One of its mobile homes has a corner, specially designed for parties and festive dinners. A huge bar is located in front of the luxury camper. The star of the True Detective series has a total of 3 stylishly furnished camps. 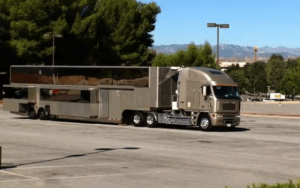 Will Smith – Actor and Singer

The two-storey mobile home of the “fresh Prince of Bel Air” is impressive with its 1150 sq. m. It is bigger than a standard three-room apartment! This special “caravan”, weighing 30 tons, is equipped with a wide foyer, a cinema hall with a 100″ screen, offices for screenwriters and star assistants, a luxurious bathroom and a huge bedroom. On the second floor, which is mobile, there is a magnificent kitchen, a small study, furnished with Italian furniture and make-up. The luxury vehicle was created by Anderson Mobile Estates and fully satisfies the needs of Will Smith and his team. 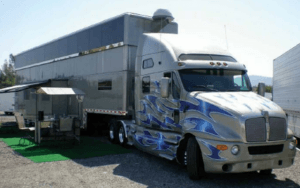 The winner of a number of music awards, Mariah Carey, also has a two-storey “little camper”, which is equipped with a party area, a special make-up and professional audio-visual system. Her 18-meter-long wheelhouse, equipped with 65-inch plasma, is estimated at about $ 2 million. Only the first floor can fit about 50 people. 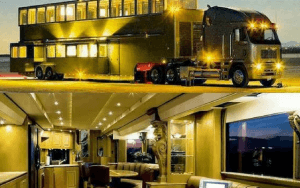 The luxury caravan of the “Dude, Where‘s My Car” superstar is modernly equipped and has the latest technology – 3D monitors, lighting control, sliding doors, satellite dish, etc. The first floor, which moves “up” and “down” for 30 seconds, and all the furniture is folding. The 40-year-old actor has two bathrooms, two bedrooms, a luxury living area, a fully equipped kitchen and a conference room. A spiral staircase connects the two floors of the caravan. The luxury camper is equipped with a camera that tracks the entire perimeter around it. 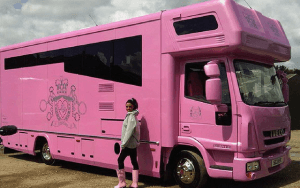 Katie Price is the proud owner of a “mobile home” weighing 7.5 tons! The 34-year-old top model uses her pink camper as a luxury 4-member family house. The vehicle impresses with a sparkling pink exterior and an incredibly luxurious interior. The interior of the camper is entirely made of maple wood and hand-painted leather.

For a comfortable trip, the star’s “mobile home” has a bathroom, a kitchenette, a bedroom and Sky TV. Katie Price also owns some of the most expensive pink cars in the world.